Everyone is aware of how buggy and laggy MIUI 12 has become with the latest set of updates. There is seemingly no respite in sight from the set of issues associated with the Android skin.

Of course, this is totally understandable considering the plethora of new stuff introduced to MIUI 12 ever since its initial releases early last year.

For example, we have seen how Xiaomi has been relentlessly adding new features on almost a weekly basis. However, users can only tolerate so much and have been complaining about a slew of bugs associated with their various devices. This has finally paid off, at least for the Redmi Note 9, with the latest February update.

Xiaomi says that they have temporarily done away with a bunch of features since they felt that they weren’t optimized enough for the device. One of such is the floating window tool.

This comes after Xiaomi disabled Gaussian blurring on some of the UI elements on several budget devices including the Redmi Note 9 owing to performance issues.

A pretty sizeable claim considering that Xiaomi tends to keep their device update changelogs extremely vague and concise. Anyway, both the changelog and download link have been given below.

As clear from above, the February update for the Redmi Note 9 is based on MIUI 12.0.5.0 and has only been released for its Russian and global variants. Other regions should follow soon.

Also worth mentioning here is that the device is also sold as the Redmi 10X 4G in certain regions. Hopefully, following this, it too will receive the same bug fixing February update.

The Redmi Note 9 isn’t the only budget device suffering from performance issues, as already mentioned above, and one can only hope that Xiaomi will give a similar treatment to more of its phones in the near future.

Nonetheless, for now, be sure to keep an eye on our dedicated MIUI 12.5 tracker for which the Redmi Note 9 is of course eligible.

02:13 pm (IST): It has now come to light that the update has also done away with the new Control Center owing to performance issues. There is still no news of when all these missing features will be re-enabled.

05:13 pm (IST): The same update is now rolling out in India. Of course, the changelog is identical to the one given above. 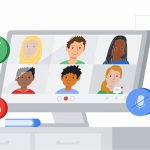