Just when we thought that Xiaomi has seemingly done away with feature additions to focus more on polishing up the existing stuff prior to MIUI 12.5 stable release, they managed to prove us wrong.

The OEM recently rolled out a bunch of back-to-back updates to the MIUI 12.5 beta channel with version numbers all the way from 21.3.12 to 21.3.18. Of course, if you haven’t already noticed, this numbering corresponds to the date the update was released on.

These beta rollouts brought about with them several feature additions and some of them are pretty cool, to be honest. For example, we previously highlighted how update 21.3.12 adds Dolby Atmos support to the Redmi K40 series.

Anyway, let’s examine the next few releases now. Update version 21.3.15 was thought to be a regular bug-fixing release just as the changelog implies until the Security app was found guilty of hiding a couple of helpful new functions.

Firstly, there are some new toggles to enable battery drain notifications when battery drainage is detected to be unusually high. This is in combination with another switch to enable smart “Battery saver suggestions and warnings”.

Additionally, you now also get the option to share your current location with emergency services during an emergency call.

A similar version of this life-saver option is already available on Google Dialer though. Thus, a MIUI Security implementation may only be made accessible in regions where Google Dialer is not a thing, i.e. China.

Next up, we got the newer MIUI 12.5 beta 21.3.16/17 update for which an incomplete yet official changelog has been given below:

As clear from above, MIUI Browser has been updated with an option to add certain sites as exceptions to the built-in ad-blocker. This will prove to be extremely helpful for sites that disable certain functions upon ad-blocker detection.

Last but not the least, MIUI 21.3.18 adds an option to temporarily disable heads-up/floating notifications for a certain time duration by swiping them upwards. This said time duration can even be customized between one minute or until the screen is locked.

To try out all of the above features, simply download the Chinese MIUI 12.5 beta build 21.3.18 for your device from this link. Alternatively, if you are interested in the Xiaomi.eu build for the same, then head here.

In conclusion, it is now pretty clear that feature additions to MIUI 12.5 aren’t going away anytime soon, at least not until development for MIUI 13 commences. But that is an entirely different story.

Nonetheless, you will be pleased to know that stable MIUI 12.5 builds are set to roll out from the next month itself for the first set of devices. If you are interested in its eligibility and ETA for your Xiaomi phone, then check this out. 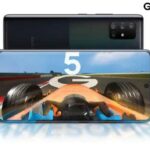 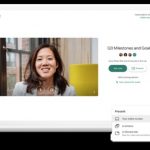