It’s hard to believe Poco is only over two years old. The company, which launched its first device in August 2018, feels like it has been around forever. But in fact, it’s only making baby steps.

It’s only last year that Poco finally decided to go solo, although it’s hard to believe any of this independence talk when there are stories of rebranding the Xiaomi Redmi K40 to Poco F3 on the global market.

Heck, Poco even ruled out any immediate plans to switch from MIUI to Poco UI or something similar despite some of you guys actually being in favor of the latter.

And to further confirm that MIUI isn’t going anywhere anytime soon, the company has just announced a new testing program for the global, European and Indian MIUI ROMs.

Unsurprisingly dubbed ‘POCO Stable Tester For MIUI Global Stable ROM’, the program seeks to recruit owners of select Poco devices to try out a new MIUI version that is not mentioned in the announcement.

Hello POCO Fans! Hope you all are doing good. We know you all have been waiting for POCO Stable Tester recruitment, Well we are here. Before Applying for the recruitment kindly read this thread carefully.
Source

The devices in question are the Poco F2 Pro, Poco M2 and Poco X2. Since these three are currently on MIUI 12, its unlikely Poco will be opening a test program for another MIUI 12 firmware.

We can also rule out Android 11 builds, at least for the F2 Pro and X2, since the OS is already available for the duo.

Granted, we believe the test firmware in question is MIUI 12.5, so be sure to submit your registration the earliest to up your chances of getting it ahead of everyone else.

Poco says registration is open until March 31, but this isn’t for you if you aren’t willing to give up details like your Mi Account and device IMEI number.

Of course, there are plenty of other Poco devices that are eligible for the update to MIUI 12.5, so yeah, we expect a longer list of devices in future.

Unfortunately, some high profile devices are likely to miss out on the update, among them the popular Pocophone F1 aka Poco F1, Xiaomi Mi MIX 3 5G and its 4G counterpart.

We will be keeping an eye on future MIUI 12.5 update developments and let you know when the rollout begins for your Poco and Xiaomi device. You can also follow up via this tracker. 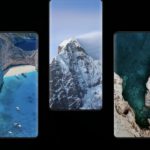 MIUI 12.5 Super Wallpapers can now be installed not only on all Mi, Redmi & Poco devices, but also on other Android phones as well 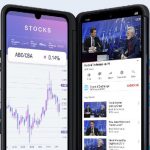