OnePlus, like many other Android OEMs, has in the past few months been busy at work, testing and rolling out Android 11 to eligible devices.

So far, OnePlus has managed to roll out its Android 11-based OxygenOS 11 to the OnePlus 8 series of devices and the OnePlus Nord with the OnePlus 7 and 7T devices set to get the same treatment soon.

OnePlus’ journey to Android 11 has been one filled with disappointments and delays and these OnePlus Nord users should count themselves lucky to have this build at all, the shortcomings notwithstanding.

OnePlus as a brand boasts of pretty good community engagement and development and in the past, we have seen the company leaning into this by enabling development.

One way that OnePlus and a number of other Android OEMs make themselves endeared to the developer community is by making the devices’ kernel source code available.

Keeping with the same pace, OnePlus has just published the Android 11-based OxygenOS 11 kernel source code for the OnePlus Nord about a week since the official rollout of the stable build.

This release of Android 11 kernel source code for OnePlus Nord should, among other things, enable developers of third-party or after-market firmware for the OnePlus Nord, commonly known as custom ROMs, to fast-track their development process.

Of course, custom ROMs for the OnePlus Nord isn’t something new but with the kernel officially published, we should see more stable builds with far more optimization moving forward.

Back to the kernel source code, OnePlus has published this on the company’s GitHub page and anyone interested can grab themselves a copy of the same here.

We shall continue to keep an eye on the OnePlus Nord and its journey through the Android 11 builds so you might want to stay tuned for that and more. 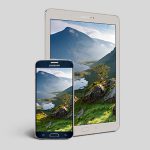 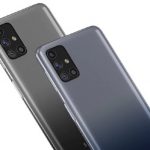