Oppo is a pretty formidable player in the Android scene, accounting for about 5% of the total smartphone sales according to February 2021 market data.

With such a position in the market, the smartphone maker is obviously doing something right to appeal to this many users. One of these things is creating smartphones for every demographic.

With that many smartphones in the market comes a mammoth task of keeping them properly updated. Oppo has been doing a decent job at this.

Over the past few months, we have seen the company rolling out various test and stable builds to its devices. We’ve been following this closely and you can check out our dedicated Oppo Android 11 tracker for more.

Recently, we saw the company come out to share its roadmap for its Android 11-based ColorOS 11 for March 2021 in its home market of China.

As this is a global brand, it was only a matter of time before the company shared equivalent timelines for devices in the international market. And today, they have!

Oppo has just published its March 2021 rollout plan for ColorOS 11 based on Android 11 for India and Europe. This outlines devices that are currently receiving stable builds, those in line for the update this month, and those set to receive Beta builds.

ColorOS 11 Beta is currently rolling out to:

With regards to the stable release, Oppo has been doing a pretty good job and as mentioned, we have all the progress properly covered in our Oppo ColorOS 11 tracker.

That said, Oppo reportedly plans to roll out the stable build of Android 11-based ColorOS 11 to these devices within the month of March 2021.

Additionally, the company has unveiled a list of many of its devices that it says are currently receiving stable builds of ColorOS 11 in Europe and India. These include but aren’t limited to the:

We shall continue to keep an eye on the rollout of this new version of Android for Oppo and all major Android OEMs and update our dedicated Android 11 tracker so stay tuned.

05:13 pm (IST): The stable ColorOS 11 update based on Android 11 has been released for the Oppo Reno 10x Zoom in India and Indonesia as version F.40. Head here for the complete story.

03:13 pm (IST): Users of the Oppo Reno2 F in India are an excited batch after oppo announced the availability of Android 11-based ColorOS 11 for their device. Wider rollout is still slated for March 16. More on that here.

11:16 am (IST): Users of the Oppo Reno2 Z in India are a lucky batch as the company plans to start rolling out the Beta build of Android 11-based ColorOS 11 shortly. Registration runs from March 15 to March 18. More on that here.

12:34 pm (IST): Oppo is rolling out the official stable build of ColorOS 11 to users of the Oppo Find X2 Neo in Spain. More on that here 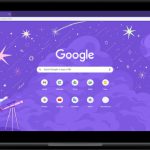