Oppo was one of the first OEMs to begin seeding the Android 11 update to its devices. As expected, the Oppo Find X2 and Find X2 Pro were the first to bag the new Android version.

Most recently, the stable ColorOS 11 update based on Android 11 went live for the Oppo A9, and other devices expected to get it soon. Since December, the company has been sharing its plans for the deployment of Android 11 to its eligible devices in the particular month.

And now that February has begun, the company has announced its rollout plans for Color OS 11 or Android 11 in beta and stable form this month.

The information was revealed via the official ColorOS team on Twitter. We’ve shared the official version and beta timelines below:

As usual, the ColorOS 11 timeline for the European Union and European Economic Area is slightly different and you can check it out below:

As per the official timeline, the Oppo A91 is expected to pick up the ColorOS 11 beta update based on Android 11 in Indonesia from February 27.

Further, the Reno3 Pro 5G is slated to get the new Android version in a stable form in Russia and Kazakhstan from February 27 as well.

As for the EU/EEA region, the update will go live for the Oppo Reno4 5G in Portugal and Italy. Find X2 Neo users in the Netherlands, France, and Spain will also get the ColorOS 11 update.

Last but not the least, Reno3 Pro and Reno4 Pro users in Ukraine will also bag the Android 11-based custom skin.

As usual, we will continue to keep track of the rollout. Therefore, we’d suggest checking out our dedicated tracker to know when the stable or beta update goes live for your device.

IST 11:14 am: Ahead of schedule, the beta update to ColorOS 11 for Oppo A91 is now open for application. See details here.

IST 1:39 pm: Reports now indicate that Oppo is rolling out Stable Android 11-based ColorOS 11 to users of the Oppo Find X2 Neo in the Netherlands. 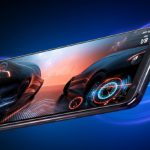