Like many other OEMs today, Oppo is working hard to test out and deploy its Android 11-based custom Android skin, ColorOS 11, to its eligible devices.

We’ve been closely following this update rollout and you can check out our dedicated Oppo ColorOS 11 tracker for a broader look at how this deployment is going.

From the tracker, it is evident that Oppo has made some decent strides but owing to the sheer number of devices across various market segments, Oppo still has a long way to go.

In a bid to organize its efforts and to give the public an idea of what the company is focusing on, Oppo often publishes its roadmap/plan for various months and quarters.

This often lists devices that are set to get various builds of the company’s custom Android skin, be it Beta builds or stable releases.

Recently, we saw Oppo publishing its roadmap for ColorOS 11 in its home market of China for the month of March 2021.

In the publication, we saw that March 9 is set to be a big day for users of a number of Oppo devices as that’s when they’re set to bag the stable Android 11 updates.

Additionally, the company has outlined a few devices that are set to get Open Beta builds of the same in this same month of March.

As mentioned, these apply to the company’s home market of China. Interestingly, we have already seen a few developments regarding the Beta builds for these devices.

The Oppo A91 was set to get the ColorOS 11 Open Beta build on March 2 and that build is already out. We also saw reports that the Open Beta build for the Oppo Reno2 is expected within this first quarter of 2021.

The Beta build for the Oppo Reno2 Z was expected sometime this month and the March 17 release date is right on target. The Oppo A72 5G’s Beta build is reportedly already out in Kazakhstan.

Oppo’s numerous devices makes it a little hard to keep track of these updates but we will continue to strive to be on top of things so stay tuned to our dedicated Oppo section for these and more on Oppo’s March 2021 Open Beta plans.

You might also want to check out our dedicated Android 11 tracker that keeps tabs on the rollout of this version of Android by all major Android OEMs.

05:21 pm (IST): Oppo is sending out the stable ColorOS 11 update to the Oppo Reno 10x Zoom in India and Indonesia according to a fresh announcement on the company’s community forums. Head here for all the details. 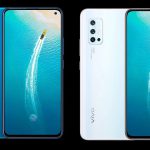