OnePlus has been testing the Android 11-based OxygenOS 11 skin on the OnePlus 7 and OnePlus 7T series for roughly a couple of months now.

This puts the stable update around the corner for the OnePlus 7 and 7T series since the OnePlus Nord also bagged the stable Android 11 update after the Open Beta 3.

Of course, this alone does not guarantee that the Open Beta 3 will be the last beta update since plans could change depending on the situation and if any major bugs are discovered.

We had also reported on some evidence that pointed towards the update being slightly delayed for the devices.

Luckily, that may not be the case since a OnePlus Staff Member has responded to a user’s query regarding the availability of the Android 11 update for the OnePlus 7 and 7T series by saying that the update will be available in the coming days.

Since the information has been shared by a Staff Member rather than a mod on the company forums, it holds more weight.

For reference, the OnePlus Nord got its last beta update a little less than a month ago before it bagged the stable version.

So it could take a couple of weeks for the stable OxygenOS 11 update to hit OnePlus 7 and OnePlus 7T series units since the Open Beta 3 went live a day ago for these devices.

This means that if OnePlus follows the same schedule, users could see the update rolling out by the end of the month or in the first week of April if no unexpected issues pop up.

Having said that, stay tuned to our dedicated tracker to know more about the availability of Android 11 for all eligible devices from OnePlus.

05:00 pm (IST): A OnePlus staff member has stated that the OnePlus 7 Pro is slated to receive an Android 11 update this March itself. 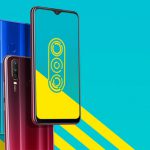 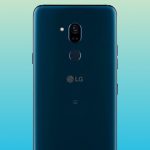