Bugs and issues, they come in various magnitudes. We have seen issues as serious as users being unable to get service on a SIM card, glitchy cameras to more annoying ones like chipmunk sounds.

These are all bugs and various companies have been hard at work, developing and testing bug-fix updates that are set to address many of these issues.

In the case of OnePlus, the latest Android 11-based OxygenOS 11 has had a few too many issues in the period that it’s been available on OnePlus 8 and OnePlus 8T devices.

OnePlus has been working to iron out many of these issues and for that, we applaud the company that’s striving to Never Settle, a mantra that its users live by.

In the pursuit for perfection, a few keen-eyed users have noted that their devices have a rather silly bug that isn’t exactly hampering their experience but is laughable nonetheless.

This typo is present on the affected OnePlus 8 and OnePlus 8T devices under the battery settings’ “Screen usage since last charge” option as the minutes indicator seems to have an extra ‘s’.

Any solution for extra letter “S” in hrs and mins??

This issue has since been reported extensively (1,2,3,4,5,6,7,8,9) by users of both the OnePlus 8T and OnePlus 8 series of devices. As mentioned, this doesn’t exactly impact on the device’s battery performance.

Luckily, there is a way to get this settings page to display the correct spelling as noted by some users in the same community forums.

According to reports, this issue only affects devices when the system language is set to English India. Changing the device’s language to English US is reported to fix this.

Change your Language to English US it will fix.
It seems like there is a spelling issue in English India , English UK language setting.

And thankfully, this seems to be working, at least according to users from the same thread in the community forum. These users report that the extra ‘s’ disappears after changing the device’s language.

Yes it was after the update and I have received the solution also from a community friends.
Thankyou for asking
Source

It is pretty embarrassing that OnePlus would make a mistake such as this in one of its most revered firmware right now and on its flagship devices.

We can only hope for fewer bugs and issues from OnePlus in their subsequent updates to not only these flagship devices, but also its older devices and the Nord series that are set to bag the OxygenOS 11 update soon. 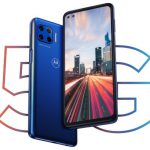