Many of you must be aware of the Xiaomi Poco F1’s Widevine woes where the otherwise perfect device is only capable of streaming at a maximum resolution of 480p.

But while the device has been crippled in this aspect since its very launch, the story is quite different for the Redmi Note 9S which is also known as the Redmi Note 9 Pro in India.

For a recap, Widevine L1 is a level of digital rights management (DRM) security designed to protect streaming services like Netflix and Amazon Prime Video from unauthorized redistribution of their content.

And if a device is certified L1, it is capable of playing media from streaming services like Netflix and Amazon Prime at a full-HD resolution of 1080p.

However, the Redmi Note 9S received a bad update a while back that broke Widevine L1 support and downgraded the device to L3. As a result, the device is now only able to stream media at an unsatisfactory 480p resolution. This issue was then patched back in August last year. But it seems it wasn’t fixed for everyone as there are still plenty of reports doing rounds about it being broken on the device.

Fortunately, as per a recent comment left by a reliable moderator on the Xiaomi community forums, Xiaomi is aware of the Widevine problem on the Redmi Note 9S and a fix is possibly in the works. It’s a known issue. We are awaiting a bug fix. Kindly wait.
Source

Hence, if all goes well, one can expect a fix to roll out soon enough.

Keep in mind though that the issue has been doing rounds for months now and hence there is no guarantee of the fix to roll out in the coming days or even weeks.

It’s not unsafe to say that Xiaomi may even pull off something like they did with the Poco F1 where the company has consistently been claiming for a couple of years that they’re working on a fix.

However, almost everyone has now simply accepted that the Poco F1 will most likely not receive L1 support as its software update support nears an end. One can only hope for now that the Note 9S/9 Pro won’t suffer the same fate.

With that being said, be sure to go through our dedicated MIUI 12.5 update tracker if you are interested in its status for your device and the plethora of new features it brings. 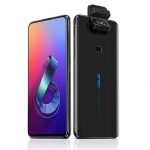 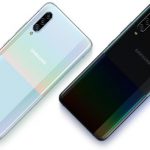