Unlike in the iPhone world where Apple guarantees up to 5 years of updates, barely any Android phone makes it beyond three years of software updates.

And while Google’s various efforts like Project Treble and Project Mainline did help accelerate Android software development to a certain degree, there continues to be many budget devices that still only receive a single Android update.

That said, let’s now move over to Xiaomi which is sort of an average Joe when it comes to this matter.

The Chinese OEM may offer just a single Android version update for many of its phones, but it makes up for the lacking by providing extended MIUI update support.

However, even that only carries on for a maximum of three years. As it stands, no device that Xiaomi released in 2017 is still receiving software updates. In fact, Xiaomi ended support for MIUI beta for these devices in July 2020.

Ending MIUI beta support usually means that the general support for the devices in question is also nearing an end. With the new year 2021, it also means a new set of devices will be dropped from official support.

Yeah, you guessed it right – the 2018 releases. Just like their 2017 counterparts, Xiaomi ended their support for MIUI beta in September 2020.

Sure, the Poco F1 was not listed. But it still is a 2018 set that shares a lot with the Mi 8 in terms of software and hardware. With Mi 8 support ending, if not ended already, it also means the Poco F1 is treading the same path.

This is not a surprise given the many new Poco phones that have been released since the F1 came to life.

If anything, especially given the small team at Poco, the company could do with shading off one device and redirecting resources to newer models.

But one issue still troubles many – Widevine L1 remains broken on many Poco F1 devices. The official Poco F1 group on Telegram has complaints on this and so does Twitter.

For a recap, Widevine L1 is a level of digital rights management (DRM) security designed to protect streaming services like Netflix and Amazon Prime Video from unauthorized redistribution of their content.

This L1 certification allows devices to stream videos in Full HD resolution — something that the Poco F1 is incapable of due to it maxing out at L3 — which has restricted the device’s video playback resolution to just 480p.

Poco support keeps implying that the team is working to fix the issue, which should obviously come via a software update.

But then again, as already pointed out above, support for the device is almost coming to an end, which begs the question, will the Widevine L1 issue ever get a proper fix on the Poco F1?

Seems highly unlikely at this point considering the fact that the device was released over two years ago. Poco at this point only seems to be stalling the matter for some reason which isn’t really a wise move.

If the company had truly intended to add Widevine L1 support to the Poco F1 in the first place, they would’ve done so during its initial days when the device faced plenty of criticism from reviewers and users alike over this.

Years have passed since, and it’s better for Poco to simply accept and issue a statement saying that Widevine L1 won’t be coming to the F1 ever. Being honest to the customers almost always helps.

Otherwise, users’ frustration will only increase. And it shows from the many tweets and complaints still doing rounds about the matter. No one is a fan of suspense when they have invested a lump sum.

With that being said, be sure to check out our MIUI 12 update tracker if you are interested in the update status for your device. 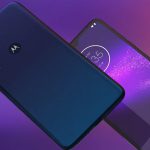 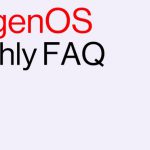