More and more devices from all top Android OEMs continue to bag updates to their respective Android 11 custom skins.

This follows months of development and testing since we saw the official unveiling back in September 2020.

We have been closely following this development and deployment by all major Android OEMs and you can check out our comprehensive Android 11 tracker for more. Oppo has also been hard at work developing, testing and rolling out stable releases of its Android 11-based custom Android skin, ColorOS 11.

We’ve also been following this rollout and you can check out our ColorOS 11 tracker here.

The Oppo F15 is a rather popular device, and for good reason. The MediaTek Helio P70-powered device that was unveiled back in January 2020 offers users a decent Android experience at a relatively affordable price.

The device launched with Android 9.0 Pie out of the box with Oppo’s own ColorOS 6.1 custom skin running the show. The device has since been updated to Android 10 and is in line for an update to Android 11. 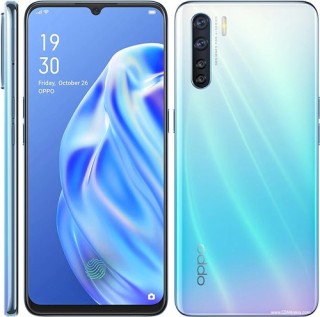 Earlier this year, we saw Oppo come out to release a roadmap on how it plans to roll out stable and beta builds of ColorOS 11 to its eligible devices.

In the roadmap, the Oppo F15 was slated to get a beta build of Android 11-based ColorOS 11 on January 29, at least in India. True to the company’s word, that is coming to pass.

In line with that, Oppo is calling on users of the Oppo F15 who are interested in taking the Beta build of Android 11 for a spin to put in their application.

The application window will run from today, January 29, and through to February 1 so anyone interested might want to get to applying as soon as possible.

To apply for a slot in this Beta program, you must first ensure that your device is running the latest detectable version, which at the time of writing is C.18. You then want to follow these steps:

Click ‘Settings’>> ‘Software Update’>> Click the settings icon on the screen>> Apply for Beta Version>>Update Beta Version. And then follow the guide to apply. （If the application quota is full, please wait for the next round）

We shall continue to keep an eye on this Oppo F15 Android 11 Beta build and update as and when users start receiving these test builds on their units.

IST 12:56 pm: Users of the Oppo F15 in India are an excited lot today as the company is officially rolling out the stable build of Android 11-based ColorOS 11 to their devices.