Android One overlay was developed by Google, to provide the best possible stock Android experience for smartphone users. Besides this, these phones are entitled to receive two major Android OS updates and three years of security updates.

Xiaomi, the Chinese smartphone giant came with their first Android One powered phone, i.e. the Mi A1 back in 2017 and since then, there have been two successors of it by the name Mi A2, and Mi A3.

The Mi A3 is the latest of the Android One phones from Xiaomi launched back in 2019. It’s quite natural to believe that the Mi A3 being an Android One phone will receive updates without any hiccups. But, the reality is not the same.

It is no hidden fact that even after pushing several Android 10 updates for the Mi A3, Xiaomi has just not been able to leave a positive impact on the userbase and each of the updates, up till now, has been surfaced with a major bug.

The matter is so severe that out of frustration, Xiaomi Mi A3 users went ahead and asked for refunds from the company for not being able to push a fault-free update.

Now since the curious case of Android 10 is settled, there might be several users thinking whether the Mi A3 will pick up the Android 11 update or not?

Well, if we go by the rules set by the Android One program and as per a recent comment by one of Xiaomi moderators, the Mi A3 should definitely pick up the Android 11 update, which otherwise is due for launch by Google somewhere in September 2020.

Here is what the comment by the moderator reads:

The A3 is an android one device, so, you will see android 11 on it.. can’t say more about the specific date, though.

So, there is no ETA as of yet for Android 11’s arrival on Mi A3. Since, the device is under the Android One program, the device will not receive MIUI 12. So, you will get a pure Android 11 user interface on the Mi A3, when Xiaomi decides to push the updates.

IST 02:30 pm: Android 11 is already out for the Pixel devices, however, it seems that Xiaomi Mi A3 users won’t be getting it anytime soon. Responding to a user’s query regarding Android 11 for the Mi A3, a mod stated that there’s no ETA.

IST 01:00 pm: Xiaomi has kick-started the Android 11 update internal beta testing program for the Xiaomi Mi A3 devices and others. Head here for the complete coverage.

IST 10:35 am: As Xiaomi Mi A3 users wait for the update to Android 11, the company has begun seeding a new update for the device as version 11.0.10.0.QFQEUXM. It carries the November patch, stability improvements, and reduces system lag. Full coverage here.

IST 05:40 pm: Apparently, Xiaomi is preparing to release Android 11 to a bunch of smartphones including the Xiaomi Mi A3. The information was shared by a popular Xiaomi-focussed group on Telegram that has shared fairly accurate information in the past. Therefore, it’s likely that this info can be trusted as well.

IST 01:21 pm: The Paranoid Android Ruby Alpha 1 custom ROM based on Android 11 is now available for Xiaomi Mi A3. If you want to grab the same for your Mi A3, the download link can be found here.

IST 03:21 pm: Xiaomi has started rolling out the update to Android 11 to the Mi A3, but some early adopters are already reporting major issues with the firmware. Full story here.

IST 04:12 pm: Xiaomi has come out to acknowledge the issue affecting Mi A3 users on the new Android 11 update. See more details here.

01:07 pm (IST): Xiaomi has provided affected Mi A3 users with an official solution to turn to, details of which can be found here. A new build is also rolling out to those still on Android 10. See details here.

07:07 pm (IST): Multiple users are reporting various issues related to Android 11 update and we have compiled details of the current status, which will be updated regularly, here.

11:32 am (IST): Android 11 update has been around for several weeks now, meaning a good number of you have it installed on the Mi A3. That said, we would like to know your experience so far.

You are welcome to share your feedback through our Twitter poll, whose details can be found here. 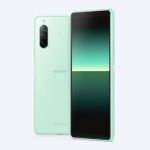