It’s good to see Sony sticking to its plans for the rollout of Android 11 to eligible devices from its portfolio, albeit with a few hiccups.

The first device from the company to get the latest Android version was the flagship Sony Xperia 1 II, which bagged the update back in December.

However, users came across some bugs and issues which resulted in the company halting the rollout. Moreover, there was speculation that Sony delayed the update for the Sony Xperia 5 II as well for the same reasons.

Fortunately, the company stuck to its plans to seed the update for the device in January itself since Android 11 was released to Xperia 5 II users in Europe and Asia around a week ago.

Now, as mentioned in the company’s timeline, Sony Xperia 10 II users have started receiving the update to Android 11 on their devices. A Sony Xperia 10 II user has confirmed receiving the update to Android 11 by sharing a screenshot of the update page on Reddit.

The update has also been captured on the XperiCheck database thus indicating that a wide rollout is underway.

Unfortunately, Sony has not shared the changelog for the Android 11 update for the Xperia 10 II.

Nevertheless, users can expect the usual features that were introduced with Android 11 such as the enhanced privacy and security features, notification bubbles, and other under-the-hood optimizations.

Given that Android 11 has been released for Sony Xperia 10 II users in South East Asia, it’s likely that the update will go live in other regions over the next few days or weeks.

FYI, the Xperia 10 II was the only remaining device to be updated to Android 11 as per the company’s official list.

That being said, you can check out our dedicated tracker to know when Androd 11 goes live for eligible Sony devices in other regions.

IST 03:33 pm: The Android 11 OS update for the Sony Xperia 10 II has apparently been suspended in Japan according to a local carrier. Head here for the full story.

IST 01:54 pm: Sony has now rolled out the Android 11 update for the Xperia 10 II sold by Docomo in Japan. A user has confirmed receiving the software update via Twitter. 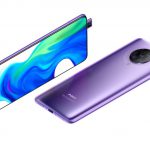 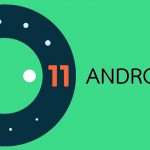