It is now a little over a month since we saw the official unveiling of Android 11. Google’s Pixel devices and the OnePlus 8 series already run this version of Android officially.

Unofficially, you can get this version of Android on a couple dozen devices, thanks to the developer community and the custom ROM scene.

Not to be left behind, other OEMs are also hard at work, testing and pushing out Beta builds for their respective Android 11 custom skins. We have a dedicated Android 11 tracker for this and more.

Sony’s share of the smartphone industry is a little small, at least in comparison to the top tier brands like Samsung, Xiaomi, Huawei, and so on. But Sony still makes really good devices.

The company is also actively working to update its eligible devices to Android 11 and we’ve seen reports of the progress of development along with a list of eligible devices.

Not much else has been forthcoming from the Japanese company with respect to Android 11. Well, until now.

New reports have surfaced, giving us a little insight as to how the company plans to handle its deployment of Android 11.

A screenshot shared on Reddit suggests a few things to do with Sony’s roadmap to Android 11.

The screengrab which was shared on a Japanese website purports that Android 11 for Sony devices will be rolled out as follows:

While we cannot independently confirm this info, it is the first comprehensive Android 11 timeline for Sony devices to surface online.

If this turns out to be correct, then users of the Xperia 1 II and Xperia 5 II are first in line for an update to this new version of Android this December. These should be followed by the Xperia 1 and Xperia 5 in January 2021 and so on.

We shall update this post with new info as and when it becomes available to us.

10:15 am (IST): It appears that Sony has started rolling out the stable Android 11 update for the Sony 1 II in Taiwan. Apparently, the update is available for the dual-SIM model currently as version 58.1.A.0.921. 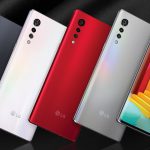