Xiaomi has been working on its Android 11 update for quite some time. The Mi 10, Mi 10 Pro, Redmi K30 Pro, and Redmi Note 9 Pro (India) have already bagged the latest OS update.

Since most Xiaomi devices have already received the MIUI 12 update, the OEM is now more focused towards the development of Android 11.

Xiaomi’s beta program has brought many new features to the latest custom skin but eligible devices are also being tested with Android 11.

Now, a new closed beta update version 20.11.23 is out with a bunch of new features and improvements for both, Android 11 as well as Android 10 running devices.

While the aforementioned features are limited to devices running Android 11, Android 10 running devices also get the new Camera app UI which was already available with the latest OS.

It must be noted that the new fingerprint effects were also available with the Xiaomi.eu custom ROM but all Android 11-based MIUI 12 eligible devices will get the same officially in the future.

Apart from that, the update also offers multiple improvements for overall power saving and consumption which will further enhance battery life.

However, all these updates are currently available only for Xiaomi’s beta program members and it is unclear when these changes will hit stable channel.

So, if you want to grab the latest MIUI System Launcher alpha update, you can use the download link given below.

That said, we will keep tracking the development of Xiaomi’s MIUI 12 and Android 11 updates so stay tuned to get the latest updates on the topic.

NOTE: We have more such stories in our dedicated Xiaomi section so be sure to check it out. 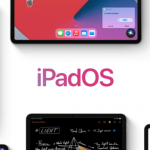