Xiaomi Redmi Note 9 Pro recently received the Android 11 update in India. However, the wait is still on for other Redmi Note 9 series devices and variants.

Since the Indian Redmi Note 9 Pro is globally known as the Redmi Note 9S, the latest OS update is expected to arrive for the latter soon.

Now, some new development appears to have taken place which suggests that Xiaomi might now be focusing on the development of Android 11.

A Mi Community moderator has clearly stated that the developers will now be working on Android 11 as all devices and variants in the Redmi Note 9 series have bagged MIUI 12.

Also, only a handful of Xiaomi devices are left to get the MIUI 12 update which makes it only natural for the OEM to be focusing more on the latest OS update.

Both are prioritised, but since all device variants are now updated to MIUI 12, now devs will be working on Android 11 based on MIUI 12. More MIUI 12 updates will be coming on the way.

Apart from that, the feedback thread for the Indian Redmi Note 9 Pro Android 11 update also outlines that all remaining devices and variants in the series will get the OS update soon.

While this is still based on our speculation as no ETAs have been provided by Xiaomi, the latest OS update is indeed coming to the remaining Redmi Note 9 series devices in the near future.

Q : What about other device variants? When will they get Android 11?
A : As said above, there is no ETA. But all devices in Redmi Note 9 series (all variants included) will receive Android 11 soon.

The Mi 10, Mi 10 Pro, and Redmi K30 Pro (aka Poco F2 Pro globally) have already been upgraded to Android 11 whereas the Redmi K30 5G has recently bagged the same in China.

All these details clearly indicate that Xiaomi is slowly yet steadily shifting its focus on the development of Android 11 for its eligible devices. 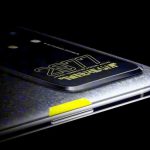