Xiaomi’s MIUI 12 has been out for quite some time but there are still some issues that are yet to be addressed.

Users have been reporting about issues that break the functionality of third-party launchers like Nova, Lawnchair, and more after the MIUI 12 update.

It has been more than five months since MIUI 12 first came out but such problems are still present on Xiaomi’s latest custom skin.

Now, another report has surfaced on Reddit where a user has stated that the Nova Launcher settings on their device broke after getting the MIUI 12 update.

While this latest report does not outline whether the gesture navigation functionality is broken or not, it clearly outlines that the notification bar is affected along with other Nova settings.

It must be noted that Samsung devices running One UI 2.0 and 2.1 also had similar issues but the OEM addressed them with the One UI 2.5 update.
However, there has been no intervention from Xiaomi on the matter so far and users have been rooting for a solution ever since the latest custom skin came out.

Also, users have even tried getting support from third-party launcher developers but it seems that these issues cannot addressed by them.

This clearly indicates that these issues are somewhat similar to that of Samsung’s and Xiaomi might have to address them in future MIUI builds.

Nevertheless, this is still based on our speculation as no official announcements or acknowledgements have come to light. 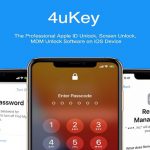