Full-blown theme engine or proper system-wide dark mode – the Android ecosystem is equally diverse and chaotic. OEMs like Samsung incorporated these features in their in-house skin (One UI), but third party app compatibility is still a major concern.

Google has taken the slow-n-steady measure: stock Android has got a partial darkish theme while a number of Google apps can now utilize the AMOLED friendly vanilla black or dark mode. However, AOSP launcher aka ‘Launcher3’ is miles behind of third party launchers in terms of customizability and features.

Nova, Action Launcher, Lawnchair, Hyperion – these are some of the most common names you can hear from Android enthusiasts when it comes to launchers. Icon pack support – check, custom grid size – check, selective app hiding – check – and of course, dark theme – check!

However, a decision taken by Google essentially took away a wonderful feature from these launchers. The full-fledged gesture navigation mechanism in Android Q can not be accessed by third party launcher since Beta 5, as Google restrict them with legacy 3 button system navigation.

Action Launcher dev Chris Lacy explained the situation in details in his blog post. A APK teardown by XDA went into further details, including way to force gesture controls with third party launcher via ADB, but the future is still uncertain.

I don’t work for or represent Google, so obviously can’t make official statements on its behalf, but my understanding is the Android team intends to make gesture navigation compatible with 3rd party launchers for Android Q this year. When Google speak of this being fixed “in a post-launch update”, that means fixed for Q (and backported to AOSP), not Android R.

Another unexpected side effect of this restriction is a weird anomaly experienced by third party launchers while swiping Home button from the Recents view.

Observe that the swipe in step 4 does not register, and users can no longer swipe to go home.

Fortunately, the above bug report was marked as fixed two days ago. As always, the generic statement there tells us nothing about any ETA, but it’s good to see that Google is listening to the feedback from the community before finalizing the tenth iteration of Android.

Shipping the fix with the final version of Android Q (which is scheduled to be released by Q3 of this year) seems highly unlikely at this moment. The speculation is also inline with the “post-launch update” formula stated in official Android Developers blog by Google.

Starting in Beta 6, we’ll switch users to 3-button navigation when they are using a custom launcher by default. We’ll address the remaining issues in a post-launch update allowing all users to switch to gestural navigation.

What is your favorite third party launcher? Are you planning to use it on Android Q as well? Comment below!

More than a month after the release of Android 10, it looks like Google has finally fixed the annoying incompatibility with third party launchers. However, only Google Pixel 4 and 4 XL have this ‘special’ software version right now.

The Mountain View giant will probably rollout the gesture fix to older Pixel phones as well as incorporate the code in AOSP in the coming days.

Kevin Barry, the developer of Nova Launcher, told the following to Android Police regarding this development:

We’re thrilled to hear that Google is now supporting gesture nav for third party launchers. We appreciate the communities persistence in asking Google for this. I’m looking forward to testing and using this when I get my Pixel 4.

We’re hoping to see Google quickly roll this out to devices that have the initial release of Android 10, either through Project Mainline or the next security update. 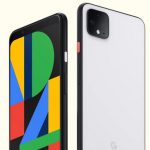 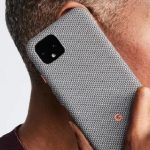