The Galaxy Note 10 series has recently received the November security update and it appears to have brought many improvements.

While Samsung is busy with its Android 11-based One UI 3.0 update, the OEM is also committed to improve the user experience on the current custom skin i.e. One UI 2.5.

However, the changelog only outlines that the update offers overall improvement for the stability of functions.

Also, it is unclear what all bugs and issues have been addressed in the update but users are noticing improvements in one particular domain.

The November update appears to have brought along the updated fingerprint patch version 5.0.0.22 which is not mentioned in the changelog given on the update pages.

Some users have figured this out and they have also reported that the fingerprint scanning is faster and bug-free after the latest update.

It seems that users are liking the November update simply because it has improved the fingerprint scanning on their Galaxy Note 10 series devices.

It is good to see that Samsung is striving to deliver the best software experience to its consumers.

Also, the OEM has promised to provide three Android OS updates to several devices and the Galaxy Note 10 series is also among them.

That said, we will be back with more such updates once new information becomes available so stay tuned.

Moreover, we are constantly tracking the development of Samsung One UI 3.0 (Android 11) update so be sure to go through our dedicated tracker for the same. 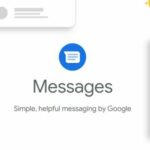 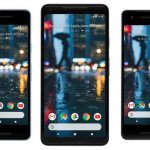