Samsung is busy with the development of the OneUI 3.0 (Andorid 11) update as the same is being tested on multiple Galaxy devices for some time.

It was also reported back in August that the OEM is testing the Android 11-based OneUI 3.0 on the Galaxy S20 series in the UK.

Now, it seems that the OEM is ready to release the OneUI 3.0 (Android 11) public beta update for more Galaxy series devices.

A Samsung Care Ambassador recently tweeted that the Android 11-based OneUI 3.0 public beta update is ready for the Galaxy Note 20 and Galaxy S20 series devices.

Also, the same is close to ready for the Galaxy Note 10 and S10 series devices which suggests that the OEM is still fine-tuning the latest update.

It must be noted that Samsung released the Android 11-based OneUI 3.0 pre-beta update for the Galaxy S20 series in the US back in September.

The OEM has not made any official announcements for the second pre-beta update yet and the wait is still on for the same.

The Samsung Care Ambassador also stated earlier that the OneUI 3.0 pre-beta 2 update is coming soon but now it seems that the update might arrive in the form of public beta.

While the information about the OneUI 3.0 (Android 11) public beta update does not come from an official source, it might still be credible enough as such sources work closely with the OEM.

Nevertheless, we will keep tracking the development of the OneUI 3.0 (Android 11) update and will provide updates when more information becomes available.

That said, it is good to see that Samsung is already working towards fulfilling its three OS updates promise and we hope more OEMs strive for the same.

In the meantime, you can check out our Samsung OneUI 3.0 (Android 11) update tracker to get the latest information on the topic.

Moreover, you can find out which Samsung devices will get three OS updates by heading over here and here.

Once again, the same Samsung Care Ambassador has shed a few more details regarding the One UI 3.0 beta update. According to him, the build — ZTJ3 — will be the first One UI 3.0 Public Beta.

Further, the update should arrive this week or by Tuesday next week for the S20 series whereas the Note line will get the update within 3 weeks.

Yet again, the Samsung Care Ambassador claimed that the One UI 3.0 update for the Galaxy Note 20 series may release sooner than expected. For more details, head here. 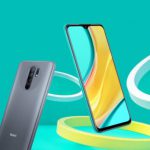