It seems that Asus has rolled out the Android 11 beta 2 update for the Asus ZenFone 6. A user has shared a screenshot of the new update which comes as version 18.0610.2009.63 and brings a few improvements. Both updates carry several bug fixes. These include fixes for issues such as the inability to send video files on Messenger, intermittent sound during a call, and many others. We’ve shared screenshots of both beta updates highlighting the changes below. ZenFone 6 users are now receiving a new beta update as version 18.0610.2010.85. Like the previous builds, this also brings a few fixes and improves system stability. We’ve added a screenshot of the changelog and other details below: Apparently, Asus ZenFone 6Z users who are signed up for the beta program are getting a new beta update as version 18.0610.2010.92. The update is supposedly the eighth beta update for the device. Asus began rolling out the Android 11 beta 9 update for the Asus ZenFone 6Z a couple of days ago. The update is available to beta testers as version 18.0610.2010.95 and brings some fixes and improves the stability. 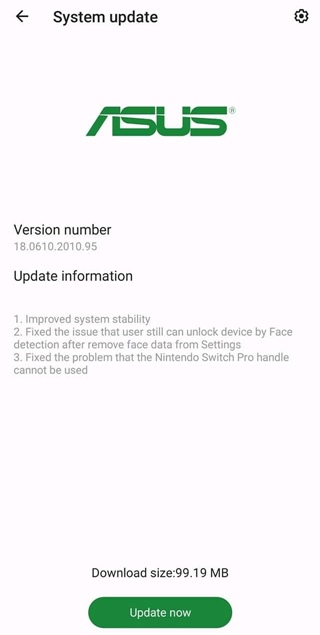