Xiaomi Redmi Note 7 is among those devices that are yet to bag the MIUI 12 update while users had been waiting for quite some time now.

While the Chinese Redmi Note 7 variant bagged the stable MIUI 12 update back in July, those on the global units were anxious for the latest custom skin.

Now, it seems that the OEM has finally given in to user requests as the much awaited update is rolling out to the global Redmi Note 7 units.

The update version 12.0.1.0.QFGMIXM is live over the air but those who want to install it manually can grab it from the download link given below.

Here’s the update changelog followed by the download link. Also, be sure to check out these workarounds in case you come across any errors while installing the update manually.

The Xiaomi & MIUI News Telegram channel also announced the update so all Redmi Note 7 users can expect it soon as the rollout appears to be taking place on a wider scale.

Xiaomi took quite some time with the global Redmi Note 7 update considering how the Chinese variant picked the same months ago.

Nevertheless, it is only natural of OEMs to take some time to refine major updates like MIUI 12 so that user experience does not get compromised.

It must be noted that the development of Redmi Note 7 has had a few hiccups along the way as the beta updates got postponed multiple times due to stability issues.

The pilot testing ended for the device in question in early October while official details also revealed that MIUI 12 rollout will take place in October itself.

With this update, the Redmi Note 7 has finally joined the MIUI 12 portfolio while several devices are still awaiting the latest custom skin.

IST 02:51 pm: The stable MIUI 12 fastboot ROM is now available for the global variants of the Redmi Note 7. This suggests that the update is now widely available and should be rolling out to all users.

You can download the update manually via the link given below: 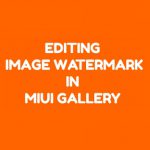