It’s been several weeks of One UI 3.0 beta testing for Samsung Galaxy S20 and Galaxy Note 20 devices in various markets across the globe.

The Korean company, like years before, did not participate in Google’s Android R developer preview, instead, it has its own version of the program.

This often means delayed rollout of the final OS, something that explains why no Samsung device has picked up the stable update to Android 11 to date. This, however, is likely to change before this month ends.

While it is unlikely that One UI 3.0 will tag along all the little nifty additions that Google included in Android 11 at the first asking, incremental updates are always there to play this role.

And from the look of things, it appears that one such feature that could come to One UI 3.0 in a future incremental update is the redesigned Android 11 power menu.

When One UI 3.0 beta came out, folks over at 9to5Google found that it was missing the new Android 11 power menu.

But according to an alleged conversation between support and a Sammy fan, the new power menu will indeed be added to One UI 3.0. What remains unclear is whether it will be part of the first stable build or not.

There is no way to verify how legit this info is, but given all the good stuff the new power menu brings, it should be a welcome idea having it on board.

For those still in the dark, the redesigned Android 11 power menu has moved the “Power off,” “Restart,” and “Emergency” buttons up top, but the most noticeable change is the new tiles.

Using these tiles, you can easily control your smart home devices from the power menu screen without the need of diving into the Google Home app. Pretty handy, if you ask me. See video below by XDA.

But then again, Samsung One UI already comes with a smart home controls shortcut, which should partly explain why One UI 3.0 beta missed out on the redesigned power menu.

However, the smart controls only work with Samsung SmartThings and not Google Home, which is why adding Google’s version in the power menu is perhaps necessary.

We will keep an eye on this and update this article once the stable One UI 3.0 update begins rolling out to the Galaxy S20 and Galaxy Note 20 handsets in the near future. 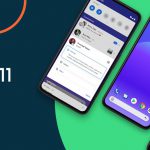