The Xiaomi Redmi Note 9 Pro was released with MIUI 11 on top of Android 10 and only recently began receiving the update to MIUI 12 on a wider scale.

Now that we’ve cleared that up, Xiaomi rolled out the MIUI 12 update for the Redmi Note 9 Pro sold in Turkey around mid-October.

Later, it was confirmed that the wider rollout will begin shortly and the update to MIUI 12 will be released in other regions for the Redmi Note 9 Pro.

Well, not much later, the update was indeed released in Indonesia followed by a rollout in Russia.

And just yesterday (November 10), we reported that Xiaomi has begun seeding the MIUI 12 update for the global variants of the Redmi Note 9 Pro as version 12.0.1.0.QJZMIXM.

Well, if you see the pattern, only the European variants of the Redmi Note 9 Pro are yet to get the MIUI 12 update.

About a week ago, Alvin Tse, Xiaomi’s GM in Indonesia, claimed that the new skin will be released for the device very soon if there were no unexpected surprises.

Of course, the word “soon” does not really say much since it could vary from a couple of days to even a month, and thus users are still trying to squeeze out some more information.

As it turns out, Alvin Tse has once again responded to a user’s query regarding the update. This time around, the Xiaomi boss has stated that the Redmi Note 9 Pro should get the MIUI 12 update this month.

Given that all other variants have already received the MIUI 12 update, it is all but obvious that the update for the European variants would be released this month itself.

However, now that a higher-up from Xiaomi has made the claim, Redmi Note 9 Pro users can rest easy now and wait for the MIUI 12 rollout to commence for the European variants.

We’re not even half-way through the month so it’s possible that users may have to wait a bit more before the OTA update arrives for their device.

As usual, we will continue tracking the situation and will post an update once new details emerge.

You can keep an eye on our dedicated tracker to know more about the rollout and features of Xiaomi’s MIUI 12 skin.

That said, the Redmi Note 9 Pro is also eligible for the MIUI 13 update which we should begin hearing more about by next year.

IST 11:05 am: The update is now live in the European region. Head here to access all the details. 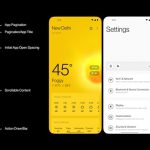