The Redmi Note 9s and Note 9 Pro released a few months ago with Android 10 coupled with MIUI 11 out-of-the-box and are yet to receive the MIUI 12 update.

Xiaomi’s MIUI 12 is truly one of the most feature-packed Android skins as of now.

It brings a ton of improvements and new features over MIUI 11 like an iOS-styled control center, super wallpapers, ambient ringtones and much more.

As noted, the wait for MIUI 12 is still on for some users. But that is set to change going by a recent tweet from Alvin Tse, GM, Xiaomi Indonesia, at least for those on the Redmi Note 9 Pro.

The tweet below points to the imminent wider rollout of MIUI 12 update for the Note 9 Pro, beginning with Indonesia.

The update for Note 9 Pro has already arrived in Europe, beginning with Turkey. Other regional variants across Europe, Russia and the rest of the globe should get it soon.

If the usual update rollout patterns are to be trusted then Xiaomi rolls them out in a domino fashion starting from Xiaomi’s homeland China followed by other regions.

The Indian Redmi Note 9 Pro variant had already received the MIUI 12 update back in September but the device is globally known as the Redmi Note 9S.

Considering the fact that several ‘global’ regions have already received the update, a complete global roll out is imminent towards the end of October.

In the meantime, you can keep an eye on our MIUI 12 update tracker to get the latest updates on the topic.

Moreover, we have a dedicated Xiaomi Android 11 update tracker so be sure to go through it as well.

IST 01:57 pm: The stable MIUI 12 update has been released for the Redmi Note 9 Pro in Indonesia. Thus, the wider rollout seems to have begun and it is only a matter of time before other regions bag the update. Full coverage here. 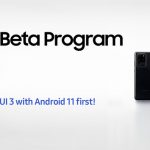