Xiaomi recently released the weekly MIUI 12 beta update version 20.11.5 but a few devices, including the Chinese Mi Note 10 and Mi 9T variants, did not receive it.

The latest MIUI 12 beta update has been suspended for the Mi Note 10 and Mi 9T, also known as the Mi CC9 Pro and Redmi K20 in China respectively, due to the low speaker audio quality issue.

It has been clearly mentioned in the release notes of the latest beta announcement post that the OEM is working on the said issue.

This is also why the beta update has been suspended for the Chinese Mi Note 10 and Mi 9T units as future MIUI builds are expected to bring along fixes.

However, it is unclear when the low speaker audio quality bug fixes are going to hit the MIUI 12 stable channel.

Due to the silent problem of the speaker, Mi CC9 Pro and Redmi K20 are temporarily suspended today. Thank you for your understanding.

It must be noted that the latest beta update is only meant for Xiaomi’s beta testing program members in China.

This further means that the said bug fixes will be first made available to the Mi CC9 Pro and Redmi K20 in China.

So, users of the Mi Note 10 and Mi 9T will have to wait a bit longer before the changes from the latest MIUI 12 beta hit the global stable channel.

Nevertheless, it is good to see that Xiaomi is constantly working to fix major and minor concerns while also improving the quality of its software with new features.

Xiaomi goes through a tedious software development process only to deliver the best possible user experience. More on that here.

That said, we will keep tracking the development of Xiaomi’s MIUI and will provide more details when new information becomes available. 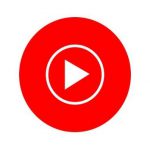