Since Nokia’s comeback into the smartphone industry courtesy of HMD Global, the once endeared brand had one trick up its sleeve, stock Android with little in form of bloatware, gimmicks, or unnecessary tweaks courtesy of Google’s Android One program.

The Android One program also promises regular and timely updates to its devices, something that has been lacking from Android phone-makers until recently. However, this narrative is not all cozy in implementation as we shall soon explore.

In general, Nokia has done a pretty good job in terms of rolling out updates to its devices. The company was pretty quick to release its roadmap to Android 10, a masterplan on how the company intended to roll out Android 10 to its devices.

A decent number of its eligible devices have already bagged this much-awaited update and you can check out our dedicated Nokia Android 10 tracker for a more comprehensive list and coverage of this.

Conspicuously missing from that list are three devices, the Nokia 2.1, Nokia 3.1, and the Nokia 5.1. From the company’s shared roadmap to Android 10, these devices along with the Nokia 1 were set to get updated to Android 10 within the second quarter of 2020.

Of the 4 devices set to get updated to Android 10 in Q2 2020, only the Nokia 1 has bagged the update. We’re fast approaching the close of Q3, so what’s with the other three?

Well, according to the official Nokia software update tracker, Nokia 2.1 got updated to Android 10 back in early July. However, the listing also has an entry for a security patch dated August 18 (August security patch) and that one is based on Android 9 Pie. The listed Android 10 build came with the June 2020 security patch, but no Nokia 2.1 owner ever reported receiving this update.

Given that Android One devices, and Nokia devices by extension, are expected to get monthly security patches, we can see the Nokia 3.1 and Nokia 5.1 are already being starved on this front given that August patches are already here.

But then again, the Nokia 2.1 just picked up the latest August patch sans Android 10, which could be the same story for the Nokia 3.1 and Nokia 5.1 in the next few days or weeks.

When asked about it by a Nokia 3.1 user, Nokia Mobile India assures the update is in the pipeline, but no date:

The fairytale comeback to the smartphone industry aside, Nokia (read HMD Global) is still a small company and it is expected that they will struggle from time to time as their portfolio continues to grow with each new phone release.

We can only hope that the company comes through for users of the Nokia 2.1, 3.1 and 5.1 with regards to Android 10 and regular updates as these two are some of the few key selling points for the Android One program.

IST: 05:43 pm: Nokia has just introduced another Android Pie based update that brings in August security patch to the Nokia 3.1 and 5.1. There is no sign of Android 10 to be rolled out anytime soon for these devices. It is quite disappointing for the users who are eagerly waiting for the update to arrive. Read the full story here.

IST: 06:55 pm: The wait is now finally over for the Nokia 2.1 users as the company has today announced that the Android 10 update is being rolled out. It is to note that Nokia has settled on limited regions to kick start the rollout which include Bangladesh, Cambodia, India, Laos, Malaysia, Myanmar, Nepal, Philippines, Sri Lanka, and Thailand. Read the full story here.

IST: 01:25 pm: Nokia has finally begun rolling out the Android 10 update for the Nokia 3.1 is several regions. But the good news does not end there since the Nokia 5.1 may also bag the update later today. For more details, head here.

IST: 05:39 pm: As expected, the Android 10 update for the Nokia 5.1 has indeed begun rolling out following an official announcement. The update is live in several regions that are part of the first wave. The remaining regions will get the update in the following weeks.

IST: 04:34 pm: Nokia started rolling out the Android 10 update for the Nokia 5.1 a few weeks ago and now a user in Sweden has claimed to have received the update on their Nokia 5.1.

This update bears the software version 4.160 and brings the September security patch to the device. We’ve shared a screenshot of the update below (Swedish):

IST 15:40: The Android 10 update for the Nokia 5.1 is now available in the African region Nigeria. At least one user from the region has confirmed this on Reddit. Details here. 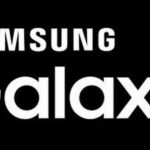 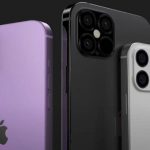