HMD Global has made an official announcement regarding the availability of Android 10 update for the Nokia 1 smartphone. The device is among the few Nokia devices yet to receive the update to Android 10.

The official Android 10 roadmap was revised following the COVID-19 pandemic, slotting the Nokia 1 alongside the Nokia 2.1, Nokia 3.1, and Nokia 5.1 in late Q2 2020. But the update has had to wait until Q3 to begin rolling out.

Besides the announcement post, we are also seeing reports from users who can confirm that the Nokia 1 Android 10 update is now rolling out in stable version. On top of the new OS, you also get the updated June 2020 security patch.

The update will be rolling out in waves, with the initial rollout targeting 10% of Nokia 1 devices sold in:

By July 10, HMD expects the Android 10 update will have hit 50% of units in these markets and wind up the rollout by July 12. We should know details about wave 2 of the rollout thereafter.

It’s worth noting that the Nokia 1 is among the few Android Go-powered devices with exemplary software support. The incoming Android 10 update, as expected, is based on the Go edition and is the second major OS update for a device that debuted running Android Oreo.

A while back, the Nokia 1 Plus picked up its Android 10 update – the first major OS upgrade for the device. Looking at what went down with the Nokia 1, owners of the Plus variant can rest assured that Android 11 is coming. You can check if your Nokia device will get this update here. 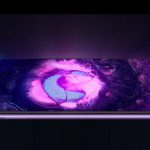