Samsung is developing its Android 11-based One UI 3.0 update while it has also announced the three major OS update plan.

While the Korean tech giant is striving to keep its latest devices up to date, it has also been focusing on older devices like the Galaxy J7 Prime. The Galaxy J7 Prime, also known as Galaxy On7 Prime, came out way back in 2016 with Android 6.0.1 Marshmallow out-of-the-box.

It can no longer be upgraded to a new version of Android OS or One UI for that matter. In fact, it has been a while since the device in question saw a software update.

However, Samsung is now providing the four year old Galaxy J7 Prime with the October 2020 security update in Korea. The Galaxy J7 Prime was not a flagship device even when it was released in 2016 and is still counted among budget Android devices.

This security update for such an old device clearly suggests that Samsung is ready to provide software support to older devices in its portfolio.

It is good to see that the OEM is looking after its older devices as the five year old Galaxy Note 5 and Galaxy S6 Edge+ are also in line to get security vulnerability patch. 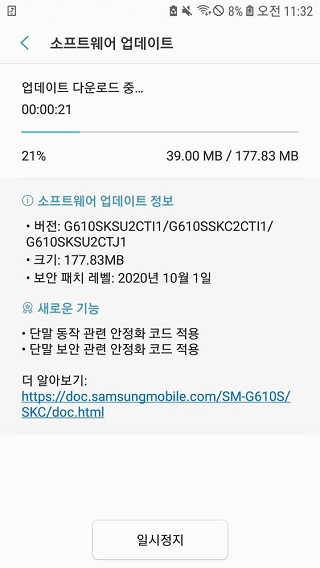 While the update is currently live in Korea, other regional Galaxy J7 Prime variants might start receiving the same soon.

Samsung has selected several high and premium-range devices from its portfolio that are eligible to get three OS updates.

Nevertheless, such conviction also indicates that the OEM treats all devices equally when it comes to device security.

That said, we will provide more such updates once new information becomes available so stay tuned to PiunikaWeb.

NOTE: There are more such stories in our dedicated Samsung section so be sure to go through it.