Samsung has been working on its Android 11-based One UI 3.0 update but it will still take some time for carrier locked Samsung devices to get it.

T-Mobile is one of the most widely used carriers which offers a lot of Samsung Galaxy devices including the Galaxy S20 series and Galaxy Note 10 series.

However, users of the T-Mobile Samsung Galaxy S20 5G and Galaxy Note 10+ 5G have been reporting about certain issues they are facing after a recent update.

As per multiple reports, users are constantly getting the “com.android.phone keeps stopping” error on their T-Mobile Galaxy S20 5G and Galaxy Note 10+ 5G.

Also, users have even stated that an odd notification keeps popping up which shows the “MCM Client requests are processing” message while the mobile network drops suddenly.

Users have tried troubleshooting their device by clearing the Phone app cache and data, wiping cache partition, and much more but to no avail.

While resetting the device appears to be solving the issues, it seems that is just a temporary solution as same problems start surfacing again after some time.

Moreover, users have even been offered refunds but the issues are clearly widespread which further suggests faulty software updates.

Apart from that, users of the Galaxy S20 5G can also sign up for the One UI 3.0 beta program and update their devices with the latest OS beta update to resolve these issues.

However, using Odin can be highly risky and is definitely not advisable especially when you are not sure of what you are getting into.

While few users have also stated that the issues got fixed after the most recent update, others are stating that the problems are persistent even after the update.

T-Mobile has not yet addressed the matter on a larger scale, hence, the exact reason behind Samsung devices experiencing these issues remains unclear.

In the meantime, you can check out whether or not your T-Mobile device is eligible to receive the Android 11 update by heading over here.

Also, we have curated a consolidated Android 11 update tracker for all major OEMs and carriers so be sure to go through it as well. 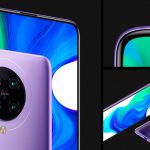