It feels like ages ago when Nokia first revealed that going forward its devices will be based on Android One. There are a couple of major selling points with Android One software.

First is the omission of unnecessary bloatware that usually accompanies the likes of One UI, EMUI, MIUI, ColorOS, OxygenOS, and so on. Second and most important is timely software updates for three years.

Android One limits OEMs from making any major tweaks to the core functionality of the OS and thus should, in theory, make it easier for device vendors to develop and push software updates to their devices.

It is this focus on clean software and timely updates that turned Nokia into a contender once again in a few countries like India and even forced its way back into the western markets.

But recently, Nokia seems to be struggling to live up to the demands of Android One. Devices no longer receive monthly security updates on time while others have had to wait for ages before receiving new OS versions.

At some point, this was untrue for Nokia devices. Take the early access program for testing new versions of Android, for instance. The Finnish company had a device in both Android Pie and Android 10 testing programs.

As a result, the stable updates to the respective OS versions rolled out relatively on time, that is, a few weeks after Google Pixels. Going by the industry standards set by Samsung, this was a major step up.

The desire to push timely updates made devices like the Nokia 7 Plus and Nokia 8.1 quite popular, but that was just about it. Ever since, things have been pretty much on a downturn.

The major reason both Nokia 7 Plus and Nokia 8.1 got their first major updates not long after Google Pixels is their participation in the early access program. This year, however, things changed.

No Nokia device took part in the official Android 11 early access program, bringing to an end a two-year stint that saw the company live up to Android One’s promise of timely updates.

A month after Google released Android 11 update, there is still no sign of any official Nokia Android 11 beta program. Heck, even Samsung, the usual slow updates culprit, already has an up and running public beta program.

The likes of Xiaomi, Oppo, Realme, Vivo, and even the little-known Tecno have devices already running Android 11, either stable or beta.

None of the devices from these OEMs has Android One on board. With the early access to Android 11, however, they’ll likely receive the stable update ahead of most Nokia devices, thus negating one core reason Android One exists.

Sure, Nokia isn’t the only Android One vendor. The likes of Motorola, Xiaomi and even LG have had their laugh, but it is Nokia that placed its total allegiance to Android One, which makes it the heartbeat of the program.

Now that Nokia seems to be losing its grip on Android One basics coupled with recent developments in Xiaomi’s Android One camp as well as the lack of desire from Motorola, what does it spell for Android One as a whole?

Of course, Nokia might continue selling Android One phones. But with timely updates diminishing, the program is losing the appeal of yesteryears.

Who knows, maybe it could be worse in the next few years, especially if Nokia continues to flood the market with new devices at the current rate. Only time will tell.

With that in mind, do you think timely software updates is a thing of the past for Nokia devices and Android One for that matter? Let us know via the Twitter poll below.

Do you think timely software updates is a thing of past for devices in Google's Android One program?

NOTE: This article will be updated with results from the Twitter poll above, so be sure to cast your vote asap!

The poll results are out. An overwhelming majority – 67.3% – agrees that timely software updates is indeed a thing of past for devices in Google’s Android One program.

Around 21% who voted said no, while the remaining opted for the ‘not sure’ option. If you missed the poll, you can drop a comment below and let us know your opinion on this. 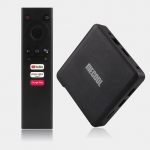