Asus’ flagship devices for 2020, the ZenFone 7 and 7 Pro, offer Android 10-based ZenUI 7 out-of-the-box. While Asus started the Android 11 beta recruitment for the ZenFone 6 back in August, the device picked up the first Android 11 beta update pretty recently.

Also, a ZenTalk moderator has also stated that Android 11 and ZenUI 7 are also being evaluated for the ZenFone 5Z. This means that the OEM is working hard towards providing the latest OS update to all eligible devices as soon as possible.

Now, some new development appears to be taking place for the recently launched ZenFone 7 series. As per a ZenTalk moderator, the Android 11 update for the ZenFone 7 is already being planned and an official announcement will be made as soon as new development takes place.

Hello,
The Android R beta of ZenFone 6 has already started, and the part of ZenFone 7 is already in planning!
We will announce the latest news on ZenTalk as soon as possible.

This is good news for Asus ZenFone 7 users as the device is pretty recent but considering its flagship status, Asus wants to leave no stone unturned when it comes to the latest software. In fact, the dedication can be seen with the first ZenFone 7 series update.

The update came even before both devices were up for grabs and offered features like group alarm, Google Lens support, dual-band WiFi network, and more. That said, we hope the OEM soon makes an announcement regarding the Asus ZenFone 7 Android 11 beta update.

Meanwhile, we have prepared a list of devices from Asus that we think will get the Android 11 update so be sure to check it out. Also, you can go through our dedicated Asus Android 11 update tracker to stay updated on the topic.

Asus, via the ZenTalk community form, has announced that the company is now looking for beta testers to test Android 11 on the ZenFone 7. Interested users can apply between September 23, 2020 – October 5, 2020 (CST time). Selected individuals will be notified via email.

ZenFone 7 Pro users who signed up for the public beta program are finally getting the Android 11 beta update on their devices as version 30.04.31.30. The update size is 1,102.62 MB and it brings a bunch of new features and improvements according to a recent report.

As per the latest developments, the stable Android 11 update for the ZenFone 7 and ZenFone 7 Pro can be expected soon after the Chinese New Year celebrations. Details here.

In a recent development, the forum moderator clarifies the reason behind the delay and ensures that the Android 11 may finally arrive in March after resolving the encountered bug.

So, the wait has finally come to an end with a stable Android 11 update out in Taiwan. Head here to know more. 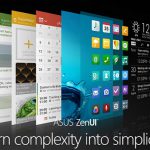