Asus is certainly taking its own sweet time releasing Android 11 updates to a small list of its smartphones.

But to everyone’s disappointment, only Asus ZenFone 6 (aka Asus 6Z) out of the 4 eligible devices has managed to bag the stable update so far.

Asus ZenFone 7 and 7 Pro are one of the flagship-level offerings by the company and Android 11 for these devices have been in the works for quite some time now.

We recently saw a forum moderator stating that the stable version could be out sometime in March. But here’s a piece of not-so-good news for the device owners.

Asus ZenFone 7 has bagged yet another Android 11 beta update with an updated security patch and the WiFi weak signal fix.

This comes at the middle of the month when users are expecting a stable Android 11 update.

But the moderator was quick to respond to arising queries and cleared the air about the beta update. Here’s the transcript of what he said.

We had to roll out one more beta which it’s coming this week. If all goes well, then official A11 is close. We’re sorry about the delay but stability is more important then pushing out everything as fast as possible. The team that’s working on A11 for ZF7 is the same as for the security updates and this is why you haven’t received a new security update for a while.

I’ve said it before and it needs to be said again. Security updates are a lot more work than you think. It’s not a simple copy and paste. All manufacturers have their own modifications to android and these needs to merge with the new security updates. This means that with every update, there are new challenges that needs to be addressed before we can release the new FW.

We thank you for your understanding and patience. We’re getting close now 🙂

Well, the mod isn’t wrong as software updates are indeed tedious. But what bugs the device owners is the amount of delay they have to face.

Anyway, the previously encountered bug seems to have been fixed with the latest beta update and going by the mod’s comment, stable Android 11 for Asus ZenFone 7 may soon see light.

The stable Android 11 for Asus ZenFone 7 and 7 Pro is close but it may still take weeks to finally start rolling out.

Any further development in this regard will be posted here. And in the meantime, you can head to our Asus Android 11 update tracker to never miss any update. 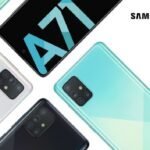 Google Chrome Reading List Sync: Here's how to do it across devices