Although Asus devices are equipped with great hardware, the company has underperformed on the software update front most of the time.

The tale of Asus devices, irrespective of the price segment, has been more or less the same. But anyway, the glad tidings is that Asus ZenFone 7 and Asus ZenFone 7 Pro are very close to getting the Android 11 update.

A moderator, in response to a query in the forums recently, informed the user that the Android 11 update may arrive shortly after the Chinese New Year 2021 but we are well past that period.

But in a fresh development, the update indeed appears close as the moderator sheds some light on the delay. This is what he says.

Official A11 is close. It had to be postponed because we found a bug that we needed to fix first but it should be released next month if everything goes well. We’re grateful for your patience

However, when asked about the future scope of the Android 11 beta update for Asus ZenFone 7, the mod clarified that there will be one more beta update before the stable update rolls out. Here’s the transcript of what he said.

There’s no point bringing in more users. There will be one more beta release and then official after that.

The root cause for the delay is a bug that needed developers’ attention. Hopefully, that will soon be resolved and Asus ZenFone 7 and 7 Pro users may eventually get to taste the Android 11 update in March.

This comes as a piece of pleasant news for the Asus ZenFone 7 duo users provided everything goes smooth with no major bug encounter on the way.

As per Asus’ update policy, the Asus ZenFone 7 and 7 Pro are in line to bag the Android 12 update as well.

Head here to learn the early information on Android 12. Make sure you follow the Asus Android 11 tracker to stay updated with the latest information related to your device. 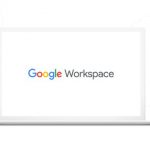