We are right on the brink of the official unveiling of Android 11. Over the past year, we have seen devices from various OEMs bag an update to Android 10 and by now, many eligible devices have bagged this update.

However, we’re not fully past the rollout of Android 10. This, because some OEMs are yet to make this build available to all eligible devices in their portfolio. One such OEM is Vivo.

The Vivo Z1Pro was unveiled back in July 2019. It packed Qualcomm’s mid-range Snapdragon 712 chipset and 4-6 GB of RAM and a decently sized 5,000 mAh cell, making for an all-round mid-ranger.

The device ran Android 9 Pie out of the box and should get Android 10-based Funtouch OS 10. And it did…sort of. Back in July, we saw Vivo Z1Pro bag the much-awaited update to Android 10.

However, that was short-lived because soon after that initial rollout, users began experiencing bugs that led to Vivo quickly pulling the update.

The Android 10 build was later re-released in mid-August as version rev. 6.10.2. This build went out to users who had updated their devices to rev 6.10.1. It later turned out that this re-release was still in greyscale and therefore, only went out to a limited number of users.

Today, Vivo is rolling out yet another Android 10 build for the Vivo Z1Pro.

This build, which bears software version number rev 6.10.5 weighs in at 144.72 MBs for Vivo Z1Pro users who are already on Android 10 and 3.1GB for users coming from Android 9 Pie. This update brings optimizations to the phone’s power processing and much more.

It remains to be seen whether this update fixes all the issues that were present in the previous build of Funtouch OS 10 for the Z1Pro.

For now, users of the Vivo Z1Pro might want to keep their eyes peeled for this update. We will also continue to follow this story and update as and when more users get this update.

IST 02:53 pm: Vivo has now listed the Funtouch OS 10 (Android 10) update package for the Vivo Z1 Pro on their website. Thus, in case you wish to install the update afresh on your device, you can download it via the link below: 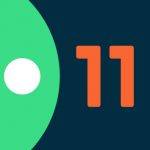 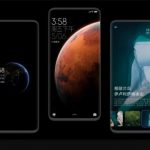