The Vivo Z1 Pro released in 2019 and brought along some decent specifications. It packs in the Snapdragon 712 SoC paired with either 4GB or 6GB RAM. On the software side of things, it comes preloaded with Android 9 Pie.

Unlike OnePlus which is also under the BBK Electronics umbrella, Vivo isn’t really known to seed out Android updates quickly. The company has been slacking in this department ever since it came into existence. However, Vivo does provide at least 2 major software updates for most devices from its portfolio.

Since the device came with Android 9 Pie, it was but obvious that the Vivo Z1 Pro will grab the Android 10 update. While users had to wait almost a year for Funtouch OS 10 (Android 10), it finally started rolling out last month. Although it was not available to all users in one go.

Vivo pushed the update in batches and some users still have not received it. Moreover, it now appears that some users will have to continue waiting for Android 10 to arrive on the Vivo Z1 Pro. Several users (1, 2, 3, 4, 5, 6) have taken to Twitter to ask why the update is no longer available to download.

Well, it appears that the update was pulled due to bugs that were present in the latest version. This information was shared by the official Vivo India page on Twitter in response to a user’s concern regarding the update.

Hi, thank you for contacting us. While rolling out update, we have observed some bug in the software. Hence, update has been rolled back. Our technical team is working on it and soon Q update once again will be ready for update. Thank you for your cooperation always.

Therefore, the update will be seeded out once the bug(s) have been fixed. Unfortunately, Vivo has not provided any ETA for the re-release of the update. A day ago, the company also released Android 10 for the Vivo S1 as part of the Greyscale testing.

While Vivo works on bringing the update back, you can check out our Vivo Android 10 (Funtouch OS 10) update tracker to know when it arrives on your device. As usual, we will post an update once Android 10 begins rolling out for the Vivo Z1 Pro again.

It appears that the stable Android 10 update is still not available for all Vivo Z1 Pro users. In response to a user’s query regarding the update on Twitter, Vivo responded by saying that the Android 10 update for the Z1 Pro is still under greyscale testing. See the full story here.

IST 07:04 pm: It seems that Vivo has re-released the stable Android 10 update for the Vivo Z1Pro. The update is rolling out as version 6.10.5 and weighs in at 144.72 MB for users who are already on Android 10 and 3.1GB for users coming from Android 9 Pie. See the full story here. 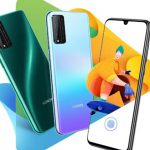