MIUI 12 is already out for numerous Xiaomi devices and it brought a lot of cool features like Super Wallpapers, Control Center, etc. But there is one camera feature that is gaining a lot of attention lately.

The Magic Clone feature of the MIUI Camera app allows users to create and capture virtual clones in a picture. The feature arrived with the Mi 10 Youth Edition in China and has been under testing with the MIUI 12 beta builds.

There is no word on when the feature will roll out and to which devices. One thing, though, is clear that MIUI 12 might offer it to some eligible devices. That is to say devices with medium to high-range specs but that is just our speculation.

Nevertheless, users are now anxious to get their hands on the camera feature and are hoping to get it with the MIUI 12 update soon. While the OEM has not mentioned whether the feature will be added in the latest custom skin or not, you can help us with that bit.

If you own a Xiaomi device and have already received the MIUI 12 update, be sure to check the Camera app and let us know whether or not the Magic Clone feature is available by dropping a comment below.

Hopefully, the OEM provides all MIUI 12 eligible devices with the Magic Clone feature soon. That said, we’ll keep tracking this story for any developments and will provide updates as and when more information becomes available.

Till then, be sure to check out our MIUI 12 update tracker if your device is yet to bag the latest custom skin from Xiaomi.

IST 04:57 pm: In a new development, it appears that Xiaomi is working on a new feature similar to the Magic Clone option for phones, but in this case for videos. A user has shared some lines of code that show the mention of the feature. 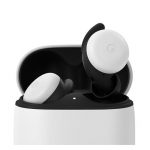