Asus has been beta testing Android 10 for the ZenFone Max M2 for a while now. The company released beta 1 in April and beta 2 went live in May.

Unfortunately, Asus has not provided a definitive ETA for the stable Android 10 update for the ZenFone Max 2. Therefore, users have been speculating about the release for a while. Moreover, it now seems users will have to continue waiting for Android 10.

The device has now bagged a new update that brings the July 2020 security patch. This new software is rolling out for the WW (Global) and IN (India) SKUs. It comes as version 16.2018.2007.68 and no new features have been added. You should be receiving the OTA update notification on your ZenFone Max M2 shortly if it hasn’t yet popped up. The company is also yet to release Android 10 for the ZenFone Max Pro M1 and the Max Pro M2.

While Asus’s budget smartphone users continue waiting, the top tier ROG Phone 2 has already got the Android 10 goodness. Moreover, it recently picked up an update that brought along a host of bugfixes.

But that’s not all, the ROG Phone 2 is now receiving a new software update as version 17.0240.2007.27. The Taiwanese manufacturer seems to be working hard to remove all bugs and issues from the premium device. This is because the update brings another set of fixes and improvements to the phone. – Updated Android security patch
– Improved the stability of FOTA progress
– Enabled VoLTE and VoWiFi on Telia (Norway, Sweden and Finland)
– Improved System stability
– Fixed the Hebrew text is set and the text is cut off on the screen
– Improved the screen recorder echo issue when device is connected to a headset
– Fixed issue with 3rd party launchers and Armoury Crate
– Fixed issue where media audio disappears over bluetooth with certain music apps

As you can see from the changelog, the update now enables VoLTE and VoWiFi for users on the Telia network. It also fixes the issue where media audio is cut off with certain music applications. Furthermore, the device’s security patch has also been updated.

Nonetheless, Asus is yet to release Android 10 for a few eligible phones. You can check out our Asus Android 10 update tracker to know when it arrives on your device. That’s all for now folks, stay tuned to PiunikaWeb for more coverage on similar topics.

Thank’s Nidhin for sharing the info.

IST 11:56 am: An Asus moderator has confirmed that Asus and Airtel India are working together to bring VoWiFi support to the Asus Rog Phone 2. However, the mod also states that the process takes time, and thus it cannot be activated right away. 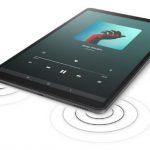