The LG V40 ThinQ released back in 2018 with Android 8.1 Oreo pre-installed and has since then picked up the update in the U.S. on carriers such as AT&T, Verizon, and T-Mobile. The Android 10 update for the LG V40 ThinQ brings along a host of new features and improvements with the company’s custom LG UX 9.0 skin.

Unfortunately, this new software version did not roll out in all regions that the device is sold in. Therefore, users in Europe have been waiting for several months now to get the Android 10 update on their device. Well, it finally seems that the wait is now over.

This is because some users are beginning to receive an OTA update which brings Android 10 along with LG UX 9.0 to the LG V40 ThinQ. The new update is rolling out with software version V30b and also brings the July 2020 security patch to the device. An LG V40 ThinQ user on Reddit has shared a screenshot of the arrival of the new update. We’ve added the image for your reference below:

Previously, we had shared a workaround to install the Android 10 update on the LG V40 ThinQ since many users were tired of waiting for the update to roll out for their model. But now that the update has made its way to units in Europe, many users can install the correct firmware that’s meant for their device itself.

The company has released the Android 10 update for just about every eligible device from its portfolio.

IST: 11:05 am: LG V40 ThinQ on the Orange network in Poland is now receiving the long-awaited Android 10 update. A user took to Reddit posting a screenshot of their device which shows that the update weighs approx. 1.4GB in size and carries version V30b.

LG users in certain regions are yet to bag the update. Thus, keep an eye out on our LG Android 10 (LG UX 9.0) update tracker to be the first to know when the update arrives in your region. 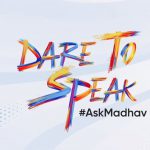