On Android, the update process for devices is a little less straight-foward compared to iOS. See, on iOS, once an update is rolled out, all eligible devices receive the update around the same time.

On Android, however, once an OEM issues an update for a given device, the unlocked versions often bag this update first then the carrier versions follow suit later, sometimes up to a month after the unlocked variants.

The same case is playing out for the LG V40 ThinQ. Android 10 has been available for the V40 for a while now. However, Verizon is only now coming around to rolling out this update to the V40 on its carrier.

To recall, the same device on other US carriers such as AT&T and T-Mobile have already bagged their respective Android 10 builds. Today’s rollout means that only the Sprint variant of the LG V40 ThinQ is yet to receive and Android 10 build.

Verizon’s official update tracker for this device has not been updated to reflect this update but we expect that to be done soon enough. We also don’t have the official changelog for Android 10 for Verizon V40 but that too should be provided in due course.

We first got word that this update was coming soon he LG released its roadmap to Android 10 for a number of its ThinQ devices including the V50S, V40, V35 and more, which were all slated to bad this update sometime within Q2 of 2020 and true to the company’s word, we see the update rolling out. For users of Verizon LG V40 who have not received Android 10 on their devices, there is a way to get it. There is a way to cross flash Android 10 from other V40 ThinQ variants onto your V40 that is yet to bag the update. More on that here.

Also worth noting that LG Already made available the Android 10 kernel for the LG V40 ThinQ, so if not for anything, users of the V40 might expect better custom ROM support.

NOTE: We have these and many more Verizon and LG stories in our dedicated sections. 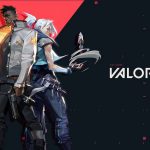