One area where Apple’s iOS has Android beat is when it comes to updates. Apple’s devices are guaranteed upwards of four years of major iOS updates while on Android, you’d be lucky to get 3 Android versions on your device.

At this is a crying shame seeing as modern devices, especially flagships, are crazy powerful and these devices remain very capable three or four years down the line.

Case in point, the Asus ZenFone 5Z from back in 2018. This device ran on Qualcomm’s then flagship chip, the Snapdragon 845, and paired that with 4-8GB of RAM and a modest 3300mAh battery. The device came with Android 8 out of the box and has since been updated to Android 10.

The ZenFone 5Z would pass for a kick-ass mid-range device even today as the aging chip can still go toe-to-toe with even the best mid-range chips in the market today. However, Android 10 seems like the end of the road for this formidable device as Asus confirmed that it would not get updated to Android 11.

This is not sitting well with users of the ZenFone 5Z, along with users of its lesser brother, the ZenFone 5. These users are using all the avenues at their disposal to urge Asus to reconsider and update their units to Android 11.

Some of these device owners say they’ll even settle for an updated version of the company’s skin on top of Android 10 if Android 11 proves too much to ask.

Of course, thanks to the developer community, there are aftermarket options that allow device owners to get newer versions of Android well after the devices have been abandoned by their manufacturers but for most users, this is not worth the trouble.

It remains unclear whether Asus will oblige and deliver an additional Android update to these devices. If previous requests are anything to go by, ZenFone 5 and ZenFone 5Z users are better off waiting for Android 11 custom ROMs for their devices.

How nice would it be to get more than just two years of major updates on Android devices!

Incoming is a ray of hope. A Zentalk moderator has recently shared that Android 11 and ZenUI 7 are currently being evaluated for the ZenFone 5Z devices. You can read the complete coverage here. 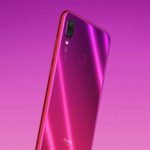