Xiaomi unveiled MIUI 12 for the global market back in May 2020 and has since rolled out this build to a good number of eligible devices. Even as that unfolds, there are so many other devices that are in line for the same.

Back in June, we saw the Chinese variant of the Redmi Note 7 Pro bag an update to Android 10, still based on Xiaomi’s MIUI 11. Fast forward to late July and we saw Xiaomi kickstart the testing of MIUI 12 based on Android 10 for this device. This went out to users in the Mi Pilot Testing program.

Today, Xiaomi is rolling out yet another update to Redmi Note 7 Pro users in India. This is the official update to Android 10. This build is still based on Xiaomi’s MIUI 11, the same version that the device launched with back in 2019.

At the time of writing, we still didn’t have the changelog for this build but seeing as Xiaomi tends to reserve many of the features for MIUI updates, chances are that this update merely updates the underlying Android system while the surface remains largely unchanged as it is still MIUI 11.

The new update can be identified by its software version number V11.0.2.0.QFHINXM. Could this update be laying the ground for an update to MIUI 12? Well, that remains to be seen.

As always, this update is rolling out to eligible devices in batches and as such, should be hitting devices gradually over the next few days or weeks. However, if you’d like to manually install this Android 10 build on your Indian Redmi Note 7 Pro, below is the download link.

Before this update, we saw this device bag the June 2020 security patch sometime in July. More on that here. For the adventurous Note 7 Pro owners, there’s also an Android 11/R Developer Preview 4 port for this device for you to try, although we cannot speak to that build’s stability.

In a recent development as reported by several users, Xiaomi has re-released the Android 10 update alongside MIUI 11 in India . It is quite disappointing for the Indian audience that there is no sign of MIUI 12 yet.

IST: 02:07 pm: While the Android 10 update was rolled out to a group of users in India, the remaining audience were left without an answer as to why they did not receive the update.

The users have now taken to online platforms to clarify the situation to which a forum moderator has responded stating that the OS update was partially rolled out and those who did not get it will have to wait for the next batch. Read the full story here.

IST: 03:27 pm: Just a few days ago, the Redmi Note 7 Pro started receiving the Android 10 update, however, that was meant for a limited audience. According to the most recent development, the update is now being rolled out at a wider scale. Read the full story here.

We will continue to closely follow the rollout of MIUI 12 to Redmi, Xiaomi, and Poco devices. You can check out our dedicated tracker on the same. 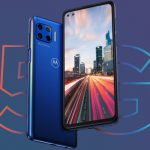