Huawei Mate 20 Pro is among the flagship devices from the OEM that were launched before the US trade ban. Released in 2018, the Mate 20 Pro offers Android 9 Pie-based EMUI 9 out-of-the-box.

The device has already received its Android 10-based EMUI 10 update. While the Mate 20 Pro has bagged the newer EMUI 10.1 update in many regions, some Canadian variants are yet to receive it. Among them, the Fido and Rogers Mate 20 Pro variants.

As per the current update schedule shared by the Canadian network service provider, the EMUI 10.1 update was supposed to roll out for the carrier-locked Mate 20 Pro units from August 11.

However, there is no official announcement on whether the rollout is live or not. As for the Rogers Mate 20 Pro variant, the OS upgrade schedule shared by the community manager indicates that the EMUI 10.1 update is already out for the device since August 5.

So, feel free to drop a comment below and let us know if you have received the EMUI 10.1 update on your Fido and/or Rogers Huawei Mate 20 Pro.

Also, it seems that the Indian Honor View20 variant is now getting the Magic UI 3.1 update. It must be noted that Honor View20 (aka Honor V20 in China) received the Global Android 10-based Magic UI 3.0 update back in March and after some time, the VoWiFi feature was also pushed to the device.

Now, Indian users can grab the newer Magic UI 3.1 update which offers some improvements like the Multi-Window feature and much more. In fact, the original poster who shared the update screenshot on the Honor community has also stated that the update can be looked up in the HiCare support app.

Check for the update in support app(hi care)

While the OEM has not provided any information on this, the shared info is still worth a shot. So, if you find the EMUI 10.1 update for your Honor View20 in the HiCare app, be sure to drop a comment below and let us know.

Huawei P20 Pro (model number CLT-L04) on Telus in Canada is now receiving the Android 10 update alongside EMUI 10.0.0 skin on the top. The users had to wait for quite long but the update has now arrived with build number 10.0.0.172(C792E8R1P4). A user has taken to Twitter posting a screenshot of the update.

Meanwhile, you can check out our Magic UI 3.1 update tracker if your device is yet to receive the update. 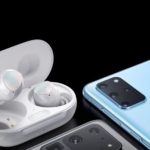