The Samsung Galaxy Tab A 8.0 (2019) released with Android 9 Pie on board last year and was in line to receive the Android 10 update alongside One UI 2.1. And last month, Samsung finally released the much-awaited update for the Galaxy Tab A 8.0.

This new update brought along the One UI 2.1 skin for the Galaxy Tab A 8.0 which was first released with the Galaxy S20 line-up. However, the update was not available in all regions at the same time. Further, the availability of OS updates also depends on carriers.

Earlier, we reported that Canadian mobile carriers such as Fido, TELUS, and Rogers had planned to release the update today, i.e., August 18. And well it seems that the carriers have stuck to their plans and released the Android 10 update for the Galaxy Tab A 8.0. Therefore, Galaxy Tab A 8.0 owners with devices from either of the three carriers should be receiving the update via an OTA package. We cannot independently confirm the rollout at the time of writing, however, the official OS update schedules from Fido, TELUS, and Rogers have not changed.

This is a good sign as it means that neither of the three carriers has delayed the Android 10 update alongside One UI 3.0 for the Galaxy Tab A 8.0. The new update brings forward a bunch of new features and improvements such as an enhanced dark mode, new camera app features, and a lot more.

That being said we’ve created a list of Android 11 eligible devices from Samsung. Further, you can check out our Samsung One UI 3.0 (Android 11) update tracker to know when it arrives on your device.

Canada’s Freedom Mobile has finally released the One UI 2 update for the Samsung Galaxy Tab A 8.0 (SM-T387W) model. The update comes with build number CTG7 and brings Android 10 alongside the company’s custom One UI 2 skin for the tablet.

Here’s the changelog for the update:

Darkened wallpapers, widgets, and alarms while Dark mode is on.

Easily focus on what matters with clearly highlighted buttons.

Accessibility
High contrast keyboards and layouts for large text have been improved.

Listen to live speech and display it as text.

Better text over wallpapers
See text more clearly against wallpaper, as One UI automatically adjusts font colors based on light and dark areas and color contrast in the image below.

Media and devices
Replaced the SmartThings panel with the Media and Devices.

Media: Control music and videos playing on your phone as well as other devices.

Devices: Check and control your SmartThings devices directly from the quick panel.

Use Focus mode to help avoid distractions from your phone.

Keep an eye on your kids with new parental controls.

Camera
Added the ability to edit the modes that appear at the bottom of the screen.

Provided a More tab so you can quickly access hidden modes from the preview screen.

Improved the layout so you can focus on taking pictures without the settings getting in the way.

Internet
Customize the quick menu to get instant access to the features you use the most.

Get more information from the app bar.

Install add-ons from the Galaxy Store to get even more features.

Samsung Contacts
Added Trash feature for Contacts. Contacts that you delete will stay in the trash for 15 days before being deleted forever.

Calendar
Stickers can be added to a date without creating an event.

Ringtones can be used for event alerts.

Set location-based reminders for a specific period of time.

Share reminders with your family group and other sharing groups.

Set reminders for a specific date without an alert.

My Files
Created a Trash feature so you can restore files if you delete something by mistake.

Added more filters you can use while searching to help you find things quickly.

You can now copy or move multiple files and folders to different destinations at the same time.

Calculator
Added speed and time units to the unit converter.

Samsung keyboard
A multilingual translation feature has been added.

Stickers can be added to a date without creating an event.

A text undo/redo feature has been added.

You can now search for music in Spotify directly from the keyboard.

An icon to open Samsung Pass has been added. 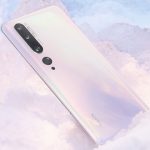 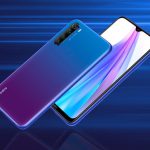