MIUI 12 has been steadily rolling out to eligible devices over the past few months since we saw its official unveiling back in May. We have a dedicated tracker to keep tabs on this rollout and you can check it out here.

Even as more devices continue to bag this much-anticipated update, there are a number of Xiaomi and Redmi units that are yet to get updated, much to the frustration of owners.

One such device is Xiaomi’s king of the budget/mid-range segment from 2019, the Redmi Note 7, and the Redmi Note 7S. We have already highlighted the state of MIUI 12 for these two devices, going into details of the waiting game that users of the Global and Indian variants have been subjected to.

Today though, there might be light at the end of this seemingly unending tunnel of waiting. In a message posted on a popular MIUI 12-focused channel on Telegram, someone who is apparently the administrator of the platform confirms that the wait could be over soon.

In his message, the admin confirms that the MIUI 12 update for the Global and Indian variants of the Redmi Note 7/7S should be out in the next 15 days.

However, it is worth noting that since this news comes from an unverified forum, it remains an unofficial source and as such, we would advise you to take this news with a pinch of salt.

To recall, there’s already a build of MIUI 12 for the Redmi Note 7/7S for the Indian variant. However, this is meant for users in the Pilot program and as such, it might be ridden with bugs so only install it if you’re willing to live with these shortfalls.

Back in June, we saw these devices bag an update to Android 10 in India, presumably laying the ground for a subsequent update to MIUI 12. If these current reports are to be trusted, we should see MIUI 12 rollout to the Redmi Note 7/7S sometime in September.

We shall continue to keep an eye on this story and update as and when we get more information on this rollout so stay tuned for that. 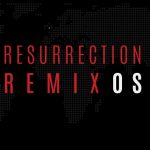