The latest offering from OnePlus i.e OnePlus Nord may not be a flagship device but it certainly qualifies to be a ‘flagship-killer’. Also, the OEM is leaving no stone unturned when it comes to the OxygenOS updates for the Nord.

OnePlus provided the first OxygenOS update followed by another one just after a couple of days. And this was even before OnePlus Nord was up for grabs. The third and fourth incremental updates arrived earlier this month while another one is expected to come out later.

All previous updates focused on improving the Nord’s camera performance along with system stability. The upcoming update is also meant to bring more improvements to the camera. This shows that OnePlus wants the Nord to be considered as a flagship device in its own right.

Now, the OEM has addressed users’ feedback on the OnePlus community which indicates that the gaming experience is also about to improve on the Nord. As per the information shared by the OnePlus Nord product head, the device will get an OTA update in a few weeks.

The said update will bring the PUBG Mobile extreme frame rate support to OnePlus Nord. This means that OnePlus Nord users will soon be able to play PUBG Mobile at 60 FPS. Concerns regarding the ARCore support, camera tuning, and power consumption optimization have been addressed too.

PUBG MOBILE extreme frame rate support: We have worked very closely with the PUBG MOBILE team and I’m happy to say that we have tuned Nord to support this feature. We will be bringing it to you via an OTA update in a few weeks.

The ARCore support is apparently ready to be enabled on the Nord as it is being reviewed by Google and OnePlus on a daily basis and the device has also passed all the related tests. The camera will be further optimized in the near future as the OEM is thoroughly reviewing user preferences.

Also, the OEM is looking for more feedback to improve the power consumption on OnePlus Nord. It must be noted that the Nord is also slated to get dual 5G+4G support in a future OxygenOS update. This means that OnePlus is all set to make the Nord its most fine-tuned device.

While no ETA has been provided by OnePlus, it is clear that many updates are already planned for the Nord. Meanwhile, we’ll keep tracking all the development related to OnePlus Nord and will provide updates as and when more information becomes available so stay tuned to PiunikaWeb. 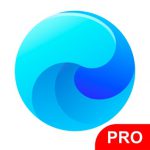 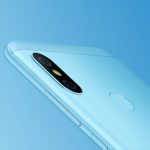