OnePlus Nord was launched recently and the device has already received some incremental updates that included camera improvements among other things. The first OxygenOS update for the Nord came out before the device even went up for sale.

The update ensured that the camera quality of OnePlus Nord improves. The OEM released another incremental update for the Nord after a couple of days which also brought camera optimizations. OnePlus started rolling out the third update earlier in August which simply improved system stability.

Moreover, the fourth incremental update further improved the camera in terms of color accuracy, vibrancy, and white balance. This shows that OnePlus is hell bent on delivering the best possible user experience.

Now, an announcement on the OnePlus community suggests that another update will arrive this month with even more camera improvements. As per the announcement, the company is evaluating the feedback from users and focusing on enhancing the camera of OnePlus Nord.

And this is only the beginning. We’re working on even more camera optimizations to enhance your photography experience with Nord, so keep an eye out for another OTA later this month, and be sure to keep the feedback coming.

The six camera setup of the Nord includes two front and four rear lenses. Also, the main front and rear lenses have Sony’s IMX616 and IMX586 sensors respectively. All in all, OnePlus Nord offers the best camera specs in the mid-range segment.

It seems that the OEM is now looking forward to exploit the camera hardware by furnishing the software that drives it. No ETA for the camera enhancing update is provided by OnePlus but that should not be a concern as the OEM is known for fulfilling its promises.

Also, the Nord will get dual 5G+4G support in a future update which means that OnePlus is indeed firm about delivering more than what was promised. Meanwhile, we’ll keep tracking this story and will provide an update once more information becomes available so stay tuned to PiunikaWeb. 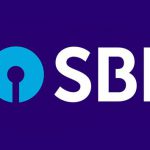