The Pocophone F1 or Poco F1 has been in line to receive the MIUI 12 update ever since it was first announced in China. Users have witnessed the update being postponed a few times citing bugs and stability issues.

Thus, we’re seeing multiple users posting their thoughts and more details surrounding the MIUI 12 stable beta update for the Poco F1 (Pocophone F1). Of course, the update is still under testing and certain features and options may change with the final release.

The MIUI 12 update from Xiaomi is supposed to bring along a bunch of new changes and features to Xiaomi phones. But not all eligible phones get all the new features and improvements that MIUI 12 is expected to bring.

Therefore, multiple videos have surfaced online giving us a glimpse of the new features from the MIUI 12 update for the Poco F1 along with some of the features that aren’t present in the current build. Here’s one such video that takes you through all the details of the 12.0.0.3 QEJMIXM update:

As highlighted in the video, it seems that Poco has skipped out on bringing multiple features that we had expected to see with the update. For starters, the animated app icons and the homescreen animations are missing. Although, this can be blamed on the Poco Launcher.

Another major missing feature is the Super Wallpapers that were presented with the release of MIUI 12. FYI, here’s a list of devices that support Super Wallpapers. Further, the security feature baked into MIUI 12 that notifies users if an app is using the microphone or other sensors is also not present.

The new ‘Vlog mode’ and ‘Kaleidoscope’ options have also not been added to the Camera app. As for the new partial screenshots feature, that too isn’t available at present. Of course, these aren’t the only missing features so you’ll have to check out the entire video for more details.

But on the brighter side, the MIUI 12 update for the Poco F1 has brought a bunch of new features. The new Control Center is here as well as the improved Full-screen gestures. More importantly, the Cleaner app is no longer tied to Cheetah Mobile’s Clean Master which has been banned in India.

Furthermore, there’s a new Sunlight mode that can be enabled for better visibility outdoors. Although, you will have to turn off the Auto-brightness function. The new dark mode is also present and accounted for and so is the secure sharing feature which lets you remove the metadata and location information from an image when sharing.

The Raise to Wake and Double Tap to wake features are present here too. You will also get to use the new Weather app and you can now change the accent colors in the camera app. Once again, these aren’t all the new features that come with the MIUI 12 stable beta update for the Pocophone F1.

So check out the video for a more detailed insight. Also, keep an eye out on our MIUI 12 update tracker to be the first to know when it arrives on your device. 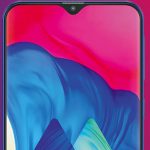 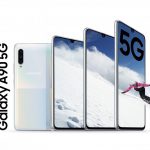 [Updated] Samsung Galaxy A series may get 3 major Android OS updates too, but there's a catch