OnePlus is set to release the final Android 11 developer preview build on August 11 for its flagships — the OnePlus 8 and OnePlus 8 Pro. Then, the company will kick-start the Android 11 Open Beta. After which, it will begin releasing the stable Android 11-based OxygenOS 11 update. Other eligible devices will also get the beta gradually.

Much like any other previous OxygenOS or Android update for OnePlus devices, we expect to see some new features and improvements. Of course, unlike OEMs such as Xiaomi, OnePlus does not bring a ton of new features with each update.

But the few new features the company does bring usually tend to be useful more often than not. Speaking of which, OnePlus has already started teasing its fans with some of the upcoming features that will come along with the Android 11 update.

The company has shared several images (1, 2, 3, 4, 5) on Weibo (Twitter equivalent in China) showing the upcoming features. Of course, these features are being teased for the HydrogenOS 11 update based on Android 11. However, we do expect to see the same changes come along with OxygenOS 11.

First off, OnePlus is updating the Zen Mode with Zen Mode 2.0. Further, a new dark mode will be introduced which will support scheduling. It also appears the company is taking some inspiration from Samsung and making its UI easier to use one-handed.

This is done by moving the interactive items on the screen closer to the bottom for users to be able to access things without using two hands. According to a teaser, OxygenOS 11 or HydrogenOS 11 will also adopt an asymmetric design.

Thus, expect to see a lot of visual enhancements with the upcoming Android 11 update from OnePlus. Moreover, as we reported earlier, OnePlus is finally going to bring the Always-on Display function with OxygenOS 11/HydrogenOS 11. Apparently, it will be called AOD+.

The stable OxygenOS 11/HydrogenOS 11 update based on Android 11 is expected to arrive once the Android 11 beta testing ends. In the meantime, you can keep an eye on our OxygenOS 11 (Android 11) update tracker to know its status.

Several new features have been introduced via the OxygenOS 11 (Android 11) beta 3 build which was released yesterday. Head here to take a look a look at all the features and changes that can be found on the latest beta update for the OnePlus 8 and 8 Pro.

In a recent announcement on the OnePlus community, the company has claimed that non-OnePlus users will also be able to join a room created in Zen Mode. It’s unclear whether all other features will also be available on handsets from other OEMs. 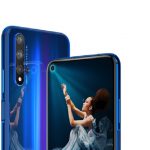